At the recent SAMKUL conference, funded by the Research Council of Norway, Prof Kjersti Fløttum addressed unpacking discourses of climate change by analysing two Norwegian white papers as part of recent research in the project LINGCLIM. This took the form of a) narrative analysis and b) polyphonic discursive analysis. I’ve hoped for years now to hear her speak, as my own interest and readings in Critical Discourse Analysis (CDA) and more latterly multimodal discourse led earlier me to her publications here in Norway.

In the Future North project we have been concerned with the discursive constructions of the high north; how is this to be framed by a linguistics centred project as part of the overall claims and intentions of SAMKUL? What points of intersection might we forge between our projects?

Fløttum claims that there are two competing views on climate change that can be revealed via discursive analysis. These are demarcated in two central policy papers: one on climate policy and one on the high north. 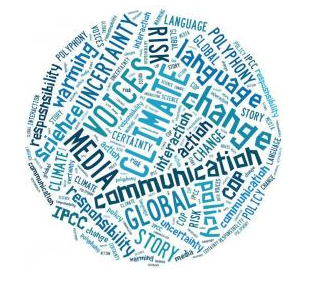 White paper on climate policy: official unequal distribution and pressing global agenda. The surface discourse is clear, but underscoring this are differences, for example on lower than expected emissions in Norway’s oil and gas offshore shelf in 2020. There is a polyphonic view here, with claims echoed in multi-voicedness and mixed messages and subtle ways of drawing in opposing views.

White paper on High North: post Cold War and techno-environmental high energy resources release. Emphasised is shared responsibility of Norway and Russia in Barents Sea, futures up to 2030. The government of Norway is presented as the hero in its own story, she says. The ‘victim’ role is primarily related to indigenous peoples. The main narrative is developmental and in terms of strengthing geo-politics and energy supply chains. Knowledge needs to be passed on and ‘continued’, in collaboration with others. It’s part of an implicit collective voice and as accepted by the recipients, presupposition is used here linguistically and backgrounded as not easily refuted as makers of stable, benign actors in the past and present.

There are winners and losers in the Far North the analysis reveals. Climate Policy is a clear line, yet the story is reluctant to point to Norway as a villan. In both documents polyphony allows for various views. Double messages are presented within and between the two. This is critical to know in analysing policy when in effect ambiguous messages coexist.

The LINGCLIM project has already published a cluster of papers that provide more information behind the talk. We hope to follow up possible connections this discourse analytical view with our own more multimodally-centred ones in Future North. The current conference provides a key point of intersection between projects in SAMKUL that for us is also about forging interdisciplinary knowledge building.